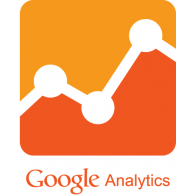 The ability of Google Analytics to accurately track traffic from iOS devices on Google Analytics came to a screeching halt last September with the launch of iOS 6.x. Traffic coming from Google searches by Safari users on iOS devices appeared to originate at the site itself, instead of from a Google search. As a result, approximately 20 percent traffic on most sites was not measurable.

Currently, the problem appears to be at least partially resolved. The “meta referrer” tag is now supported by iOS. However, site owners are still seeing varied results in their analytics. While some owners are reporting full referrers being passed from iOS devices, some are only getting a short Google.com referrer. Still others are getting no referrer.

For now, you will likely see an improvement in analytics, but still may experience mixed results. All of these issues do seem to be resolved in the beta version of iOS 7, which is out now. Beta users are reporting that iOS 7 passes along referrer data no matter how a user performs a Google search. Users can be signed in or out, searching on Safari or directly on Google.com.

However, it is important to be aware that issues may still arise in the current beta version of iOS 7 or even the first full release of iOS 7. Right now, the beta version is only open to a limited number of users. Once the full version is released, more issues may be discovered. The best thing to do is to closely monitor your analytics as iOS 7 rolls out.

Accurately tracking and monitoring your search traffic is vital to you success in the online marketplace. More and more users are turning to mobile devices to search online. As a business owner, you need to work closely with your web designer to monitor your search traffic through analytics and develop a solid strategy to position your business for online success in an increasingly mobile marketplace.

What our clients are saying

I want to thank you for your help with our website development project. Your programming skills, attention to detail, and ability to interact directly with our client were excellent. You have provided tremendous value to my organization. With a project of this magnitude, including the use of web services to push data out to 19 sub-websites, your ability to overcome our unique challenges and coordinate with my IT team was exceptional. I appreciate your help, and I am certain that your expertise was key to the project's success. Thanks again, I look forward to working with you on our next endeavor!